Will & Grace is the best when it comes to the show’s celebrity guest star appearances. During its eight seasons there were countless times when famous people would show up and play hilarious one-time characters, or even better yet, themselves. Don’t believe me? Check out this enormous list on Wikipedia.

Since there’s nothing I love more than a good cameo, I picked out the top 8 Will & Grace guest spots. What are some of your favorites?

1. Matt Damon: Owen, Jack’s heterosexual rival, pretending to be gay to get a spot in the Manhattan Gay Men’s Chorus.

4. Britney Spears: Amber Louise, a conservative Christian and a “hardcore lesbian” as she describes herself, and a co-host to Jack on his talk show. 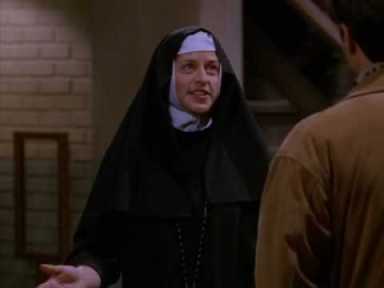 6. Neil Patrick Harris: Bill, the leader of a group of so-called “former” lesbians and gays.